When Does Hunting Season Start? When Does Hunting Season Start? thegearhunt.com

Anyone interested in knowing the timelines of the hunting season will search out the necessary details in order to be an active participant. Sometimes, knowing the applicable dates will lead to dissemination of information that others can rely on, as they plan for their seasonal hunt.

Spotting the start of the hunting season

The hunting season is regulated in most American states, and this can be attributed to specific reasons. The onset of hunting in individual states is preceded by balloting, and lot drawing for those who want to make use of public lands. In this way, the authorities are able to specify the kind of firearms allowed and the practices that will be imposed.

In some climes, crude and dastard practices have been applied by hunters in the years gone past, that severely affected the fortunes of certain flora and fauna. It was the bid to ensure that the ecosystem is not severely distorted that various territories came up with a hunting regulation plan. Several jurisdictions across America have recognized the need to raise the next generation of hunters, and this is the reason for the youth day hunt. This event is specified to hold for only two days as the hunting season kicks off.

This practice of allowing greenhorns the privilege of an exclusive hunting period is now a permanent feature, as the hunting season begins across American states. The newcomers are able to build their shooting confidence as well as put into action, the lessons they have received.

Beyond the youth day hunt, many states also have an exclusive period for the residents, and this shuts out tourists and visiting hunters, during this hunting window. Let’s look at Florida, Missouri, Virginia, Indiana, and Maine hunting seasons.

In the state of Florida, the attraction to hunters is the antlerless/antlered deer during the period in mid- September to about the last week of November. The fall and spring Turkey, wild hog, squirrel, coyote, and skunk, are other attractions.

This hunting spell is limited to the Zones, A, B, C, and D, in the state. Only the use of the bow and the crossbow is allowed by the authorities at this time.

From mid-October to the first week of January, the use of firearms like centerfire rifles, pistols, and shotguns, are allowed. The use of the muzzle gun and general guns extend to the second week of February. The archery spell of hunting is allowed to run from winter till mid-January. The opening days kick off sometime in mid-September and exclusively, till mid-October. The Missouri hunting season makes room for the youths within the first two days of the opening period.

The use of firearms is also regulated, and this kicks off from the middle of November till the last week of the month. For hunters who go antlerless, they have the right to use their firearms from mid-January till about the middle of March.

Other alternative hunting methods are allowed a few days before Christmas till the first day of February. Going after wild Turkey is allowed with firearms from the middle of April till the end of the first week in May. The fall hunting season allows firearm usage between the first day in October, and the end of the month.

The animals that are hunted in Virginia legally, include coyote, fox, squirrels, grouse, skunks, wild turkey, as well as the deer. The deer season begins with the greenhorns and youth allotted days, which is two days in September: normally in the last week of the month.

The legalized use of urban archery officially falls within the month of September, and this extends over 27 days in the month. Also, between January and March, archery is also allowed. In the state of Indiana, the fox, described as red and gray, are hunted from mid October to the middle of February. There are no limits on the quantity that can be hunted at this time. The deer, coyotes, opossum, raccoon, wild turkey, as well as the stripped skunk, are common targets

The deer season begins from the middle of September, and runs till the end of the month of January. Urban hunting is the common practice during this time. The use of the general class of firearms is permitted for deer hunting from middle of the month of September till the month runs out. Many hunting veterans have voiced the assertion that it is more probable to hit a whitetail in the wilds of Indiana than elsewhere in the country.

The season for the coyote and the stripped skunk , runs from mid-October till the middle of March, and there are no hunting limits on this . Deploying dog running is also allowed from the beginning of February till late October, provided this is targeted at the Opossum and Raccoon.

Going after wild turkey is allowed from the last week of April till middle of May, while the youth spring day is held in two days, within April. The bearded turkey or the male species is allowed to be hunted during spring.

The deer is also a major attraction in the state of Maine, and this is allowed with the use of regular archery and firearms. The muzzleloaders and shotguns are permitted for use. The use of dog training is also regulated in Maine.

Tourists and visiting hunters are allowed into the hunting party at the end of October, and this closes about 4 days to November ending. The Youth day hunt is reserved for a day in October, in the state of Maine. Furthermore, we now look at the states of Oklahoma, Michigan, Colorado, Kentucky, Georgia, and Alabama. The Kentucky hunting season is one that animals you expect to hunt are very much like that of Indiana. The two states of Kentucky and Indiana have close geographical boundaries.

It is important to note that the applicable hunting days might vary a bit each year for each state, depending on the outset of the seasons. Seasonal variations affect the wind flow, and animal habitat, as well.

There are other considerations that are noted by the wildlife and conservation authorities when deciding on the hunting season opening and closing days. What should be noted is that everyone has an equal chance to make a kill on public lands across the country.

Each hunter needs to take heed to the series of clues that cover pre-season scouting to best posting techniques that suit their respective hunting grounds. However, the beat generated during fall, is driven by a deluge of up to 200,000 hunters, pouring into the wild.

The animals that are commonly hunted en-masse in the state include the elk, deer, antelope and bear. Turkey and rabbits also make the count.

The impact of deer hunting alone on the Oklahoma economy is said to be in the range of $600 million per year. 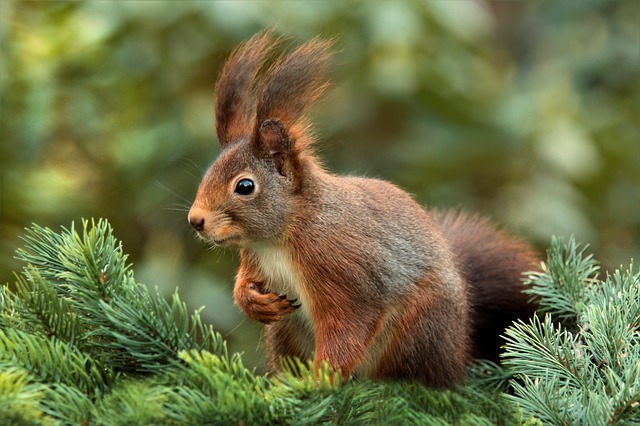 The Michigan fall hunting season is one that is noted to kick off with the early antlerless window accompanied by firearms for two days in September. The youth hunt day is also accommodated during the first two days of the season.

The commonly hunted animals in Michigan include porcupines, feral swine, red squirrel, weasel, ground squirrel, as well as the deer.

Muzzleloading opens across zones 1 to 3 by middle of December, but while that of zone 3 will run till the third week. The other two zones end theirs after the first ten days of the month.

The animals that hold the attraction of hunters in Colorado include mountain lions, bighorn sheep, mouse, deer, elks as well as mountain goats. 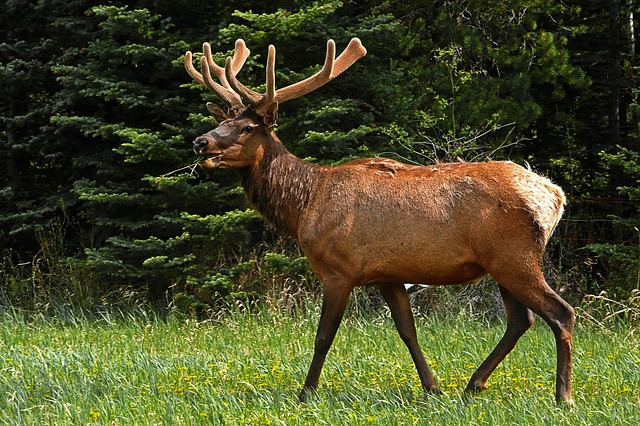 The fall hunting season in the state of Colorado is open through the last week of October only. This is for archery hunting of elks and deer. The third season begins in the middle of the first week of November, and runs for the next seven days. The fourth season runs through the three days from the middle of the month of November. The use of the Rifle Pronghorn is officially open through six days from the end of the first week of October.

The plains rifle is open for use through the end of October till the next eight days in the month of November. The elk and the deer hunting season align in the state of Colorado, as far as the use of archery and muzzleloaders are concerned. Animals hunted in Alabama include the hogs, mourning dove, black bears, whitetail deer, as well as the bobwhite quail. While these are not the only hunted animals, they largely represent the common attraction to hunters across the Yellowhammer state. What to expect during Georgia hunting season allies closely with the Alabama version.

The hunting season in the state of Alabama is carefully regulated, and this shows up in the guidelines released each year. Hunting regulations govern private or leased land in the state, archery use, public land hunts, as well as a couple of other indices.

If you are hunting in a private or leased land with a gun, you will be able to hunt either sexes of the bucks in Zone A and B. This is possible between the middle of November and the end of the first 10 days in February. For Zone C in this class, the window is open for the first 10 days through the middle of November. It resumes again here, from the last week in December till the first day of the month of January.

Hunting bucks’ exclusively in private or leased land with guns is allowed in Zone C, from the beginning of the third week of November till the end of the first ten days in February.

For hunters who use public land and hunt bucks, they can operate from the third week in November till the end of the first 10 days in the month of February.

Archery experts, who use the spear, bow or arrow will be able to hunt in Zones A and B, from middle of October, till the next nine days of the month. 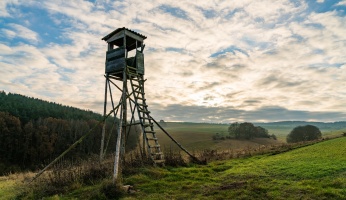 Health & Social Benefits of Camping You Need to Know About Jun 06, 2019
Best Guides