Public land hunting is its beast. The uncertainty of other hunters, the unexpected hikers, and the unpredictability make it a true challenge. Public land hunting requires lots of research and scouting to improve your odds of success, and even then you might get skunked because a group of people decides they want to do an afternoon hike in the local woods. Public land is everyone’s land, but that doesn’t mean some good old-fashioned hard work and preparation can’t give you an edge against everyone else.

Knowing your boundaries on public land can’t be stressed enough. After all, it’s illegal to trespass on someone’s private property and there is always a chance that if you shoot an animal too close to a boundary, you risk having the animal cross into private land and become unretrievable. No one wants to pay a multi-thousand dollar trespassing fee or lose that trophy buck to a private land boundary. Thanks to modern cell phones, it’s pretty easy to find property lines for any part of the world. OnX Hunt and BaseMap are two of the top best land ownership and property information sources out there currently. They can be downloaded to a phone and maps can be stored offline so you never need to worry about a cell phone signal to make sure you know where you are (GPS works offline on most cell phones). These services do require a subscription plan and the costs vary between $30-$100 per year depending on the plan you select.

Public land is different everywhere you go and sometimes maybe sprinkled with pockets of private land. Take this area below from Wyoming, the yellow highlights are public land and the rest is private. It can be very easy to end up somewhere you’re not supposed to be.

Preparation is key and even more so for public land animals. Public land animals will likely not have access to large food plots or man-made food sources unless they are visiting nearby farms/private land sources. In the case of whitetail deer, being able to identify those food sources whether they be acorns from trees dropping in certain areas or a bordering soybean farm, that information will help you find areas that deer will go through to reach their food sources. You can likely identify most of this information through google maps or another online mapping source for water sources.

Additionally, identify areas of cover where animals would be likely to bed. If you take the extra time to scout, you may be able to identify these areas ahead of time and plan a good hunting spot to catch them as they move to and from their bedding. Spending as much additional time scouting is incredibly important. Get to know the area and get to know the movements of the animals as much as possible. Even taking the time to just hike through the woods and spend time in the environment will help you understand and may even accidentally land you in a situation where you can view your game of choice in its habitat. An easier tactic for public land is trying to figure out where you shouldn’t hunt based on nearby access and distance from nearby cities, then evaluating the rest. There is a lot of public land available to outdoorsmen, but the subset of it that is good for game is much more scarce. If you’re considering public land hunting this coming fall, start thinking about scouting over the summer and taking multiple trips to different areas to explore. Preparation and knowledge are key.

Use Odd Seasons to your Advantage

Many different states have different regulations and seasons, however, consider using a different weapon to put yourself into a season where the odds in your favor. Rifles are the most common weapon used to harvest game, but there are many options outside of rifles that can increase your season hunting time as well as reduce the number of people and activity on the land. Archery is a great option to consider and with the creation of crossbow seasons, there is not a huge learning curve to shooting archery anymore, nor is there a large physical requirement. Aside from archery, shotguns with rifled slugs and even muzzleloaders are good alternatives to consider to a standard rifle season. Different weapons generally have different or extended seasons to a typical rifle season.

Be willing to take the path less traveled

Chances are if the path you think is going to be a lot of work, someone else will think that also. Going where people won’t is a great way to find the areas where animals have been pressured to. Additionally, most public land units have limited entry areas, which means that those will be areas that are heavily trafficked by hunters and other recreational outdoorsmen. Avoiding a parking lot is a great start as most hunters and other people will use that as their starting point. Don’t be afraid to be creative with your entry areas. Adjacent waterways are more difficult but effective ways to access secluded areas of public land. Using a canoe to get access to a back area of public land is a great way to get around waterways and also provides more access to certain areas that may not allow motorized travel. In the case of a whitetail deer, it’s also plenty large enough to carry a deer out. Additionally, using private land records can be a good way to try and get to know the people around the public land. It is not uncommon for hunters to request private land access to cross into public land. This little action can go a long way and cut down long public land entry routes into quick strolls through someone’s backyard. Consider writing a letter to a few different landowners surrounding the public land you’re interested in and see if you’re able to get access that way. Some people are much friendlier than you may expect and may be willing to let you cross their land, or even retrieve an animal that strays too far from public land. 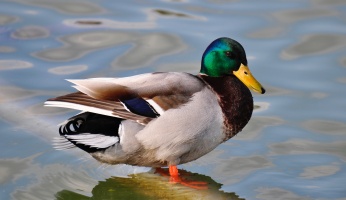