Although the original Adidas Energy Boost now has several, more updated successors, it is important to review this model because it was the foundation for future Adidas products. At the time of its release, the Energy Boost was supposed to “change running forever” according to the head designer. While this probably wasn’t the case, it was and still is a solid option that many runners were attracted to because of its beautiful aesthetics, foam-based cushioning, and reasonable price point. They are currently a bit more difficult to find than the more recent releases of the Boost 2 and Boost 3, but if you can get your hands on a pair then you’re in luck. Let’s delve a little deeper into what makes these a tried and true choice for runners.

The outsole of a running shoe is extremely important when it comes to absorbing impact, handling different types of terrain, and preventing feet from becoming sore. An awesome aspect of the Adidas Energy Boost is that the outsole is designed with a grid-like waffle pattern which is useful for catching small rocks and making your runs as comfortable as they should be. It has been described as stretchy and adaptive because it creates a smoother transition for one’s feet when they hit the ground. There is nothing new or groundbreaking about this design, but it certainly does its job and does it well.

The main appeal of the midsole on this product is the fact that it is composed of a full length thermoplastic polyurethane foam that is somewhat difficult to produce. This was a significant departure from the previously used EVA foam that was used in most running shoes. Adidas made this change because the TPU is much more comfortable than the EVA, and this is reflected by the fact that most consumers have lauded the comfort of the midsole. Additionally, it has been described as springy and bouncy without being overly cushioned. The midsole is definitely a great addition to an already amazing product.

Although the midsole and outsole are certainly well made and provide a lot of comfort, the same cannot be said for the upper. Many customers have complained of the toe box being a little bit cramped and too tight for those who don’t have very narrow feet. Basically, this is the only real complaint that has commonly been asserted about the Energy Boost, but at the same time this is an issue with a lot of running shoes. It is stretchy and hugs the foot quite nicely, creating a snug and sock-like fit which is highly appealing to those who fear loose and awkward fitting footwear.

The Adidas Energy Boost is lightweight and bouncy, making it a premiere choice for both long distance running or for casual wear. It is lightweight enough that you certainly won’t be slowed down at all, but not so paper thin that it is susceptible to tearing and other structural damage. These kicks weigh in at roughly 9.8 ounces which is smack dab in the middle of the typical standard deviation for this type of product. Again, Adidas did not revolutionize running shoes in this aspect, but this is still a nice feature.

Proper aeration is key when it comes to making your feet dry, comfortable, and rash-free. Luckily, the makers of the Energy Boost accomplished this goal quite effectively because of how they constructed it. The combination of the cushioning along with the 4-way mesh upper circumvents the air in the shoes in such a way that you are never left sweaty or in any kind of discomfort. This makes them = ideal for wearing even in the hottest climate or during especially intense workouts that cause you to perspire a lot more than usual. Having such solid breathability makes wearing this product a total breeze, literally and figuratively!

Though breathability is definitely a key factor in level of comfort, there is still a lot more to cover than just that. Adidas utilized lots of different innovation when constructing this product, most notably including the Torsion system between the heel and forefoot that increases the overall stability. Moreover, the TPU foam integrates the external heel and the midfoot so that there is better natural movement. The combination of the materials and the way they are positioned seems complicated and complex, yet they work together to make your feet comfortable in the simplest ways.

Stylistically, the Energy Boost is not all that different from the typical running shoe design. It has Adidas’ signature three stripes on the side of it, and comes in a variety of striking color combinations such as blue and orange, neon yellow and black, and many others. Since it is available in both men’s and women’s sizing, there are colors that appeal to both sides of the spectrum. On the size side of things, the Energy Boosts are somewhat on the thicker side and more obviously resemble a running shoe rather than a “designer” product made to look like a regular pair of shoes. With that being said, don’t be afraid to rock them with a pair of jeans or joggers and stand out amongst the crowd.

Generally speaking, the Energy Boost is pretty durable as is evident by the fact that not a lot of customers have complained about any significant damage or breakdown of the shoes. It is made with quality materials such as TPU foam, uniquely created mesh, and Fitcounter molding. All in all, it is safe to say that these can conquer any type of territory apart from extremes like the snow. This is a huge plus for people who transition from frequenting the gym to hiking or just working out in the outdoors in general. Additionally, enhanced durability gives them a longer life which saves the consumer money over time.

The ability to navigate both indoor and outdoor terrain well is often a difficult feat to achieve for designers of running shoes. If they are too heavy and thick, it often isn’t the best option for wearing to the gym. Conversely, if it is too thinly constructed, it won’t stand up to harsher terrain conditions like rocky ground and may be susceptible to ripping. The makers of the Energy Boost managed to hit the sweet spot right in the middle because it transitions well from indoors to outdoors and won’t tear or snag on rocky areas. Hiking and other outdoor activities have become a lot more popular in recent years, so it is a real necessity for a pair of running shoes to adapt to different types of surfaces with ease.

Because they are an outdated product that is nearly 6 years old at this point, there is no doubt that the original Energy Boost model is going to be a lot cheaper than the more current releases. It is a little bit harder to find in terms of availability, but if you manage to find a retailer that sells them then they are totally worth the price. Currently, the retail between $90 and $250 on Amazon which is a reasonable price range. This is very similar to other Adidas and Nike products. Unfortunately, some retailers charge a large premium for some of the more coveted shades which seems a little unfair and irritating.

Responsiveness in a running shoe basically refers to how it absorbs shock and the feeling you get when your foot hits the ground in them. The vast majority of customers have lauded this product in part because of its responsiveness. It has a good middle ground in that it is responsive without being really over-cushioned or mushy feeling which tends to make runners feel like they’re slowed down a lot. Adidas’ usage of that TPU foam we discussed earlier is the one to thank for this asset because of its better natural movement and balance of cushioning that is far superior to the typical EVA cushioning.

A pair of shoes with awesome arch support is often a main purchasing factor for customers that are a part of the older demographic. If it lacks arch support, not only will it make your feet sore, but it can harm your back in the long run as well. Most of the reviews we could find asserted that the Energy Boost offers decent arch support because it is not so flat to the ground and because it was not made with cheap kinds of materials like low quality foam. This model is in a good middle ground when it comes to how your feet feel supported in them.

Flexibility is extremely important to have because it really makes or breaks the comfort level more than any other feature. These are definitely flexible in that they have fantastic natural movement and bend without breaking or ruining the fabric. At the same time, however, it does not have that paper thin kind of flexibility that makes one feel like they’re walking on air. Though there is probably more pliable footwear out there, the Energy Boost makes up for this deficit in other areas such as durability and style.

Outsole traction is vital for comfort as well, and typically is determined by how well it adapts to different surfaces, what the pattern of it is like, and what materials the outsole is made out of. The durability of the strong rubber outsole of this product ensures that it has nice traction and grip, ensuring that the wearer will not fall when wearing them. This is great because if your running shoes slip, you might be more likely to fall and potentially injure yourself. Adidas has been stepping up its traction game in the past few years, so the Energy Boosts 2 and 3 probably have even more improved traction as well.

Yes, the Adidas Energy Boost is starting to become a relic of the past thanks to the introduction of more updated versions, but it is still a solid pick for those who aren’t looking to break the bank. It offers pretty much everything that the Energy Boosts 2 and 3 do and costs a fraction of the price (depending on the color you choose, of course). They are flexible, comfortable, durable, and are well balanced in nearly every other measure. On top of all of this surface information, people generally seem to like them and it has been difficult finding complaints about them. We would recommend this lovely pair of kicks to bargain shoppers and people who don’t workout 24/7, but those who do work out more than the average Joe don’t have to shy away from them either. 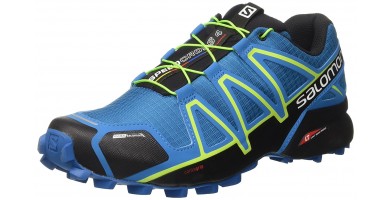